The humble push-up may not be the most glamorous exercise, but it’s still one of the best body-weight exercises you can do – it will work your chest, shoulders, triceps, biceps and core. But if haven’t developed your upper-body strength yet, doing just a single traditional push-up can be tough, let alone a set of 15.

We’ve got your back! Here’s a simple push-up progression plan, so you can go from not being able to do a single push-up to being able to complete 3 sets of 15. After you’ve finished this plan, not only will you be stronger, but more importantly you’ll be able to show off to you friends. You know it’s true!

If you can already do 45 traditional push-ups… don’t you worry, we’ve got some advanced push-up variations on the way. And you though you were going to get off easy.

One small thing… There is no such thing as a “girl push-up” and a “boy push-up”. We know some people call them that, but we’re not in the 1950’s anymore. We really have to say it: exercises don’t have a gender – plain and simple. Guy or gal, if you don’t have the upper-body strength then push-ups are going to be tough at first. But like anything, the more you train the better you become.

Even though the push-up is a pretty fundamental exercise, so many people do it with really sloppy form. We know that sloppy form equals sub-par results, and if you’re going to be putting the energy in, you may as well get the reward!

Here is the form you’re aiming for:

Notice: hands are a little more than shoulder width apart, body is straight from head to toe for the entire movement, elbows are tucked in and core and glutes are tight.

It’s essentially a moving plank. Remember to keep those elbows tucked, most people flail them out to the sides like chicken wings; having them tucked puts less stress on your shoulders.

How do you get to the point where you’re able to do strict push-ups? We’re going to be going through a simple push-up progression.

Here’s the progression we’ll be using: 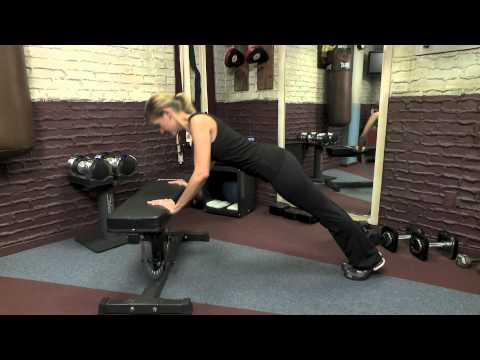 Look for a place where your incline can be halfway between the wall and the floor (45 degree incline); the steeper the incline the easier the exercise and vica versa. 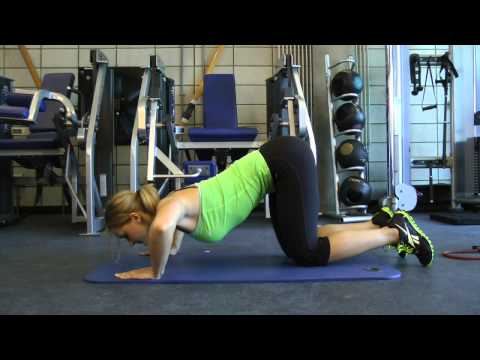 Remember to tuck your elbows! She doesn’t do it in the above video, but remember the final push-up form we’re aiming for: elbows tucked! 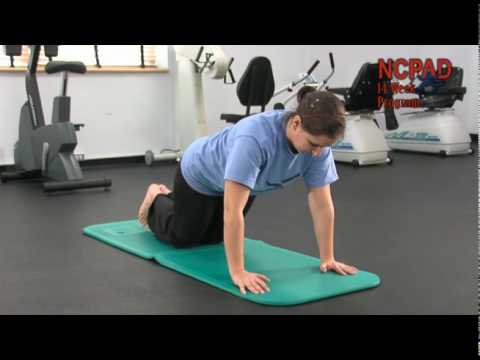 Almost there! As soon as you can do 3 sets of 15 modified push-ups, you’re ready to move on to traditional push ups. 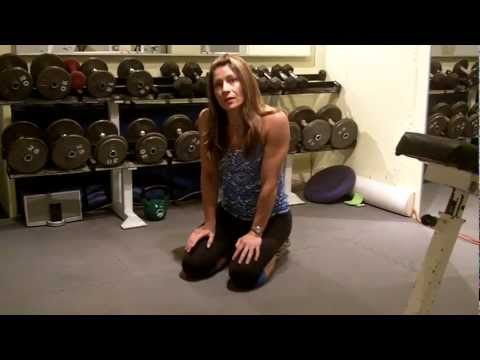 If you’re still having trouble doing 3 sets of 15 traditional push-ups, use the tips in the video above until you’re able to do the full 3 sets.

Okay, so you’re able to do 3 sets of 15 traditional pushups and you want more of a challenge? Well, you could add more reps, create 1 giant set, or do more advanced push-up variations.

Here’s an advanced push-up variation to keep you busy: 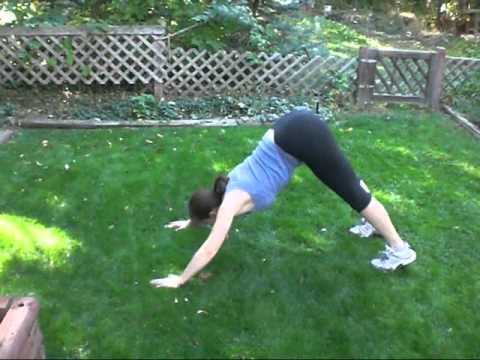 Back and forth counts as a single rep!

Find push-ups tough, or do you love them? Let us know in the comment section below!

3 Responses to “Easy Push-Up Progression: Go From 0 to 45 Push-Ups”